History of the FiveStartm Method

The FiveStartm Method (FSM) is a novel approach to dream analysis that has been developed by Dr. G. Scott Sparrow. In the early 70s, Scott wrote his masters thesis on lucid dreaming, titled "Lucid Dreaming as an Evolutionary Process," and subsequently wrote a small book titled Lucid Dreaming: Dawning of the Clear Light (ARE, 1976), which was the first book on lucid dreaming published in North America. In 1983, Scott conducted a lucid dream induction study for his doctoral dissertation at the College of William and Mary, where he tested an induction strategy known as "dream reliving," in which a person rehearses new responses to a distressing dream before going to sleep. Scott is still involved in researching the benefits of dream reliving, especially when it is paired with middle-of-the-night meditation.

The development of the FSM was a natural outgrowth of Scott's early research into lucid dreaming. As a therapist hoping to employ lucid dream induction as a healing modality, he initially found that only a very few of his clients were successful in inducing lucid dreams. But in working with "ordinary" dreams of his clients on a daily basis, Scott discovered that dreamers exhibit reflective awareness and make choices in virtually every dream, but that our traditional approach to dream interpretation -- influenced by largely unexamined assumptions dating to the time of ancient Greece -- overlooks this fact by placing so much emphasis on interpreting the visual imagery. In shifting his attention to the dreamer's responses to the dream, and the interactive process that is clearly evident in most dreams, Scott introduced an altogether new approach to dream analysis that has come to be known as the FiveStartm Method. Rather than treating the dream as principally a "message," the FSM treats the dream is a cocreated experience, in which the dreamer plays a crucial role in its outcome. By focusing on the dreamer's responses to the dream, the FSM becomes especially congruent with modern psychotherapy, in which a client's feelings, choices, beliefs and reactions remain central in the pursuit of change. Rather than leaving the client "on the sofa" as a mere spectator of the dream drama, the FSM focuses primarily on what the dreamer did and could have done in the original dream, and how new responses can transform future dreams and parallel waking scenarios. Commensurately, such a dreamer-focused approach treats the dream imagery as inherently rich, autonomous, and mysterious, and thus refrains from reducing the dream imagery to what is already known.

In using the FSM, the dream work facilitator initially assists the client in becoming aware of aspects of the dreamer's response that are clearly present in the dream, but which are typically overlooked. As such, the FSM avoids introducing an "expert" perspective on the meaning of the dream imagery or the overall dream. By illuminating and troubleshooting the dreamer-dream interactive process, and by employing methods of imagery analysis that are dreamer-driven -- such as Jungian amplification, and Gestalt roleplaying -- the FSM remains true to the noninvasive, collaborative ideal of modern psychotherapy, and thus fits comfortably within a variety of schools, including Jungian, cognitive, existential, person-centered, Gestalt, Reality, systemic, feminist, and Solution-Focused. 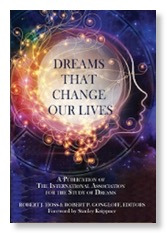 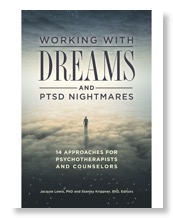 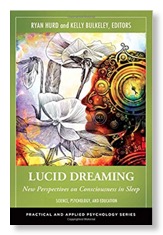 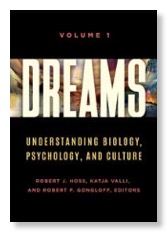